Do we need to be afraid of dirty old men?

I read something this morning that I need to throw out for consideration. 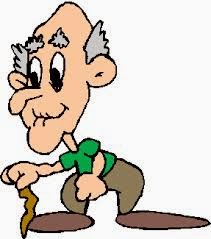 In brief, a senior citizen--73 years senior--has been forced from his home in Michigan. His conviction--and not the first--was for indecent exposure to school children. His home was close to the school on the route a bus took to reach the school. According to reports, he stood naked on his front porch as the bus went by.

If reports are true and accurate, most would call him him a dirty old man, including myself. My question is, is it necessary to bring to bear the weight of the state of Michigan's sex offender registry and the forceful removal of an old man from his home to deal with a dirty old man?

The courts had already required that he erect a fence around his property that could not be seen through. Unsatisfied with this, an assistant prosecutor filed an appeal asking the court to force him to move. This won the day, and the bare-butted old gentleman no longer lives where innocent children will have their delicate sensibilities shocked at the view.

Most of my readers, including myself--I do read my own posts and usually enjoy them--remember our own youthful encounters with the dirty old man in the neighborhood. Those of us over the age of forty remember how we dealt with it. We shrieked, we screamed, and we ran for home or school, depending on our destination of the moment. We babbled out to mom or dad or Mrs. Smith what we saw, and we got, quite possibly, minimal reaction.

If it was a small town, we might have heard, "Oh, Mr. Turner's daughter let him get outside again," or "Someone needs to tell Sheriff Tate to have a come-to-Jesus talk with Mr. Parker again." Then we were given a brief explanation that sometimes some people do things when they are old or when they are sick or when they have mental illnesses that people not so afflicted do not do. Then we were told to always run home or to school and tell an adult about it but not to worry about it. My friend told me her mother told her that if it happened again, to point at him and laugh before running away.

In a larger city where everyone didn't know everyone, the explanation and the advice sufficed.

And we did what our parents told us, and we went our merry ways. And we were not assaulted or kidnapped or traumatized or fearful for our lives or our safety. And that is what we in turn told our children when they came running home babbling about the man on the corner who unzipped his pants and waved his willy at them.

But somewhere along the way, that wasn't good enough. In spite of all evidence to the contrary, we decided that the precious sensibilities of our children were being assaulted and that they were in imminent danger of terrible harm. We didn't have the sense to realize that it was our reaction that scared our children senseless rather than what they had seen. We decided that we needed to protect our children in every situation rather than teach them how to protect themselves. We decided that such people were perverts, and that perverts needed to be registered and shamed, and their families shamed, and the strong arm of the law and of the courts was not only the appropriate way to deal with the situation but the only way.

And we added yet another category of offender to the registry in order to "protect the children."

And we continue to teach our children that they are not safe in the world and that they don't have enough sense to know what to do when something unexpected occurs and that they can't take care of themselves.

In my humble opinion, we are doing a great disservice, not only to the dirty old men but to our children also.
Posted by shelly at 6:30 AM 7 comments: