If you want to get attention, just say "Sex Offender!"

I think we've all seen it--headlines shouting "sex offender" when the article had little to do with a registrant or registrants in general. It's the modern day version of, "If it bleeds, it leads."

I may have identified the most egregious example of this phenomena.

The headline screams, "Florida complex for sex offenders blasted for selling children's toys at yard sale."  Apparently the Lighthouse Mission, a halfway house for released sex offenders in Florida, was having a yard sale of used and donated items. Among these items were "Stuffed animals, baby toys and strollers...." 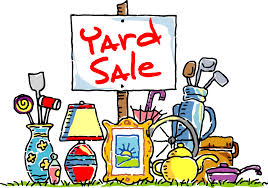 The implication given is that the registrants deliberately included items attractive to children in an attempt to lure them within their reach.

Neighbors were up in arms, rushing to protect neighborhood children from the danger lurking just inside the door of the mission, danger in the form of registered sex offenders.

The truth, of course, bears no resemblance to that.

The mission, which helps registrants rehabilitate and find employment, is run by a mother and daughter. They hold several of these sales a year, and their tight-stretched budget is dependent on them for income. According to them, several of the resident registrants helped move some of the heavier items before the sale began. They were not involved with the sale at all.

But what if they had been? Would children be at risk? Does the near--and mere--proximity of those who have committed any of a myriad of registerable offenses, served prison time, and been released automatically put children at risk? All available studies and research says no.

Of course, those frantically concerned neighbors would not know this. Chances are high that they are ignorant of what the literature says on the subject. No, all they need to know in order to spring into action and, ultimately, force the closing of the yard sale, is that sex offenders are somehow involved.

Amanda Hess has written a brilliant piece about the re-emergence of public shaming using the tragic example of a father's punishment of his daughter. For disobeying a house rule, he filmed his cutting off her hair, chastising her all the while, and posted it online. She was only 13, unable to deal with the humiliation, and she killed herself.

Hess then takes us back to the days when public shaming was the norm, into more modern times when it fell into disfavor and disuse, and forward into our electronic age, where it has emerged wild of eye and fierce of tooth.

I was struck by some of her phraseology. "Online, your shame can move instantly from your father’s cellphone to every important person from every stage and aspect of your life. And if you try to move on, your offense can be dialed up on Google and replayed for future acquaintances to see."

"...social media has found a way to integrate total strangers in the shaming process. Digital villagers are no longer relegated to the sidelines; online, everybody gets a gavel."

"...the only thing that some Internet gawkers know about you now is this one jerky thing you did."

Substitute the registered sex offender for the disgraced teen, the sex offender laws for the father, and the world for...the world, and we have in a nutshell the destructive power of the public registry.

Approximately 95% of those on the registry will never commit another offense. An unknown but significant percentage have families, are raising children, and are doing so with the entire world looking on and condemning them for what was, for a great many, that "one jerky thing" they did. Even when the offense went beyond the jerky category, years of living a law-abiding life and doing everything possible to fit into a society all too ready to reject them counts for nothing as long as their names on a public registry shout to the world that they are dangerous and have to be watched and tracked and monitored, often for the rest of their lives.

Public hangings and pillorings faded from public usage as the reality of community changed and as the public lost their taste for such barbaric acts.

Those who use the Internet today to shame and disgrace a child who is in disfavor themselves risk the tide of public opinion--and even the law when they have gone too far--turning against them and condemning them for their actions.