I may be too angry to write this coherently, but I'm sure gonna give it a try.

Some of you will remember the "How easy it would be to kidnap your child in the park experiment" that I blogged about two years ago. With the parents' permission, a man lured children in a park to his van to "see his puppies." It was phony and contrived but certainly accomplished its purpose of terrifying a You-Tube viewing audience.

Cut from the same entrapment-type cloth, a new one went on line, as I write this, less than twenty-four hours ago and has had over a million views. Titled "The Dangers Of Social Media (Child Predator Social Experiment)," the brilliant conceiver of this "experiment" set up a Facebook identity as a young high school boy and, with the cooperation of each parent, contacted the 12 or 13 year old daughter on Facebook, claiming to go to her school and having seen her around. By day two or three, he convinced her to meet him at a nearby park, only to have the enraged father jump out from behind a trashcan and start screaming at her when she arrived for the rendezvous. (I only watched the first of what were apparently several events; my stomach was churning.)

But, as tacky as I found the video, that isn't what made me so angry. It was this statement on a Facebook posting accompanying the link to the video: "In the United State[sic] there are over 750,000 registered child predators." Full of righteous anger and statistics, I dashed to the "Report" function of Facebook--only to discover that the sentence wasn't written by Facebook. Off I rushed to Youtube, only to discover the same.

The villian is an online rag called "GoingViralPosts." The closest I came, with admittedly only moderate effort, to finding contact information was that they are headquartered in San Francisco.

Should parents educate children about potential dangers online? Certainly. Should they be terrified of some "registered sex-offender bogeyman" who lurks in cyperspace ready to pounce? Should they be

seduced by false statements and bogus "experiments" into believing that potential luring behavior, if it comes, is likely to be done by someone already on the registry, someone who is a stranger to the child?

Just as research shows that virtually all actual child sexual mistreatment is committed by those who are NOT already on the registry for previous offenses but rather those close to the chosen victims, it strongly suggests that by far the greatest Internet threats to children and teens are the peers of the potential victims.

One of my "sounding boards" suggested this solution to the danger to children posed in the video, and actually any danger at all--save a meteor crashing out of the sky and leveling the house and everyone in it. Anyone who has children commits to keeping them in the home every second of the first 17 years of their lives, with at least one of the parents having eyeball contact with the child each of those seconds. Any parent found negligent shall be imprisoned and the child taken into care where he or she will be assigned a surrogate to fulfill the parental role and expectations.

I hope I haven't given any aspiring politicians any ideas.

Open letter to Laura Ahearn and Parents for Megan’s Law

Your program is advertised as an advocacy for children focused on preventing sexual abuse.

Yet this, from your site, tells a very different story: “Most parents and community members believe that they are doing everything they can to protect children from sexual predators but the disturbing reality is that registered sex offenders are obtaining employment and volunteer positions across the country where they can have unfettered access to children.”

This tells me that your focus is on people who have already committed a sexual crime and have served or are in the process of serving their court-ordered sentences. Your very name, Megan's Law--synonymous with public notification which often translates into public persecution--makes this focus crystal clear.

Why? Statistics and studies tell us that virtually all children who are sexually abused are not random victims of offenders already registered. They are overwhelmingly victims of those in their lives with whom they are comfortable: their family members, their peers—fully a third of those who molest children are themselves children and juveniles—and their authority figures. 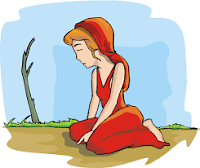 Studies show that if we wish to work toward the goal of protecting children, we must focus on the children; we must change our focus to a victim-oriented one, one that stresses prevention through education, awareness, and empowerment programs.

And yet here you are again--or rather, still--"standing with" self-serving politicians "to advocate for stronger sex offender laws."

This is what you are encouraging and promoting:

Every suggestion that sexual harm to children will be prevented by closely monitoring all on the registry obscures the fact that virtually all such perpetrators are not on the registry.

Every dollar spent registering, tracking, monitoring, and legislating against registered citizens is a dollar not spent educating and empowering parents and victims against the overwhelmingly greater threat.

Every dollar spent impeding registered citizens in their goals of rehabilitation and second chances is a dollar not spent working toward prevention of child sexual abuse.