This was a recent headline in the Daily Democrat in Yolo, California, recently:       " 'OperationVigilance’ targets Yolo County sex offenders.” 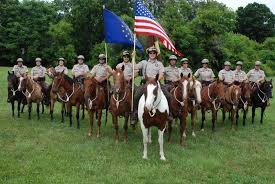 “While many of the sex offenders investigated were in compliance, two sex offenders contacted were arrested for a variety of weapons, pornography and other violations. An additional 18 of these offenders are the subject of further investigation to determine whether or not they are in compliance.”
“Over 60 law enforcement personnel from seven local, state, and federal agencies participated in this joint operation from 15 agencies…”

I suggest we look at this from a slightly different perspective.

An unknown number of law enforcement man hours and an unknown amount of taxpayer dollars were expended in Yolo County recently when more than 60 law enforcement officers from 15 local, state, and federal agencies visited over 300 persons on California’s sex offender registry who were all living exactly where they were registered as living. Two of the 300 + persons were arrested. One or both of the two were in possession of weapons, illegal for all felons, and one or both were in possession of pornography. Whether or not the pornography consisted of legal or illegal images is not stated, but if they were on parole or probation, viewing even legal pornography is forbidden.

An additional 18 of the registrants are being further investigated for some sort of possible minor registration or probation compliance violation such as driving a family member’s car not listed on the registration form or being in a location that was, unknown to the registrant, inside an exclusionary zone too close to something like a day care facility or a park.

Almost 300 registrants are indisputably in compliance. None of them, in fact none of the over 300 with the possible exception of the one or two in possession of pornography, has been arrested for a sexual re-offense.

Questions need to be asked.

How many have been on the registry 0-5 years? 6-15 years? 16-30 years? With California’s policy of lifetime registration for all, an enormous and growing number are still required to register decades after the commission of a single, possibly misdemeanor, offense.

Does the expenditure of resources accomplish the stated goal? Do these checks by law enforcement prevent or even discourage future offense? It seems highly improbable that it could. Knowing where a person lives places no restraints on what he does when he is away from home or, indeed, even when he is at home. Lawenforcement regularly visited Philip Garrido, a registered sex offender, for all of the 18 years that he was holding and raping kidnapped Jaycee Dugard in backyard outbuildings.

Is the expenditure of funds and other resources effective in preventing child sexual abuse? Empirical evidence says no. Those who are not on the registry but rather in the victims’ lives as trusted family members, peers, or authority figures commit, on average, 95% of all child sexual abuse; the younger the child, the higher the percentage.

And of the up to 5% who are strangers or barely-known acquaintances, only an extremely small percentage are on the registry for a previous sexual offense.

That one can be answered with another question: How could they not?

Rehabilitation is a criminal justice goal equal to if not surpassing punishment in importance. Smart policing furthers that goal. Studies show that the longer a person with a previous sexual offense, for which he was convicted and punished, lives in the community with no further offense, the less of a risk he is to re-offend going forward.

California’s own Sex Offender Management Board supports this position, stating (page 2) “The longer a sex offender remains offense free in the community, the less likely he is to reoffend.”

Public resources are limited and must be expended as suggested by empirical evidence. We can no longer continue practices that may earn the approval of the public but do not further the goal of protecting the community, especially those that fail in the goal of protecting our children from harm.
Posted by shelly at 7:03 AM 8 comments:

When will "Me too" become "Everybody too"?

Jan, a junior executive for a large company, was seeking approval for a new project. She was learning how essential it was to have the friendship and support of the more senior and influential company executives. Therefore, when Ted, one of those important and influential persons, made teasing comments to her about her physical attributes and flirted and joked about a sexual assignation with her, she took it in stride, smiled, and even flirted back a little. 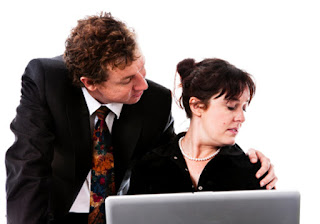 That was twenty years ago. Jan is no longer with that company, but Ted is, now even more senior. Jan has realized, along with countless other persons, primarily women, that Ted’s comments and behavior were inappropriate and actually amounted to sexual harassment.

Swept along with the backlash against harassment by those in positions of power, she reported Ted’s past behavior to his company and in the media. She was applauded for her courage in “coming forward” and “speaking out.”

No criminal charges were expected, of course. Ted hadn’t broken any laws, and even if he had, the statute of limitations had expired. He had just been a bit of a chauvinist pig. He wasn’t even sure that he remembered Jan or his behavior with her.

None of that mattered to the company. The board of directors fired him almost immediately.

A very familiar story, it is repeating itself over and over. The basic elements don’t vary: a man (almost always) in a position of power; a woman (almost always) hoping to do well in the company or the profession; many years later accusations of inappropriate sexual behavior on his part and helplessness on hers; his very quick firing/removal/canceling of contract by the company.

So what’s the problem?

Was he actually guilty? Only he and she know. Why did she wait so long to speak up? It doesn’t matter. He isn’t being charged with a crime. There are a few people here and there raising a stink about due process and innocent until proven guilty, but no one seems to be paying attention. One writer said that innocent until proven guilty is a legal concept, not a societal one.

Will this run its course, causing enough concern for enough people that some actual pushback occurs?

Or will others, emboldened, see the perfect way to get rid of unpleasant co-workers, grumpy and demanding supervisors, or others they just don’t like?

What could be easier? Make a few accusations to top management, go public if necessary, and problem solved. How can he prove he didn’t say that to you over the water cooler?

What’s important is that you don’t have to prove he did.

How many times, when reading about virtually anything, has the phrase, “No one with a conviction for a sex offense is eligible,” or “No registered sex offenders allowed,” been part of the narrative?

In everything from voting in some states to being eligible for many government and criminal justice programs to seeking shelter in emergency situations, those who are called sex offenders by virtue of being on the registry are excluded. 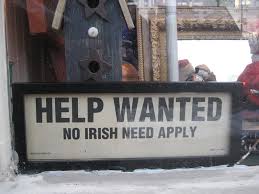 The latest to cross my desk is this, “VCU offers chance for jail inmates to ‘write way
out,’ ” about a program being offered by Virginia Commonwealth University.

The program sounds great. Its goal? "To help offenders 'figure out a way to live a better life, a life that keeps them out of the criminal justice system, a life in which they’re proud of what they’re doing, where they’ve discovered a new life purpose or just kind of figured out those self-sabotaging behaviors that create a lot of pain in their own life and in the lives of others.' ”

A secondary outcome is that those in the class, inmate and non-inmate alike, learn  “how to respect one another in their very diverse struggles.”

The program offers something that is not normally found in the more traditional crime to conviction to punishment path: introspection and hope. To be eligible, applicants must be able to read and write and want to break the cycle of criminal offending.

Oh, and they cannot be incarcerated for a sex offense – any sexual offense – or a violent felony or burglary.

Why is this program not available to those who have committed non-violent sexual offenses?

Would sexual offenders benefit from figuring out a better way to live? From figuring out self-sabotaging behaviors? From understanding the pain they have created for themselves and for their victims? It sounds like a page out of a sex-offender therapy manual, one of the actually good ones.

Do those who have committed sexual offenses need to learn how to respect themselves and others? Do they need introspection and hope? Can they read and write?

Everything about being on the registry says those things already, and the registry is not working, has never worked, and will never work in any positive way, not for those on it nor for society in general.