Punishment does not equal prevention

How wonderful that Mr. Gary Greenburg, a wealthy New York businessman, is concerned about the young victims of child sexual abuse and wants to help. He has offered $100, 000 dollars toward that end.

That is a lot of money. 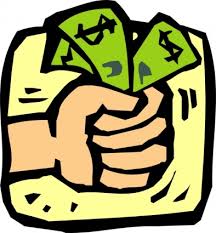 The first thing that comes to mind when reading this is an appeal made many months ago by a coalition that includes sexual assault prevention and victims’ groups. The National Coalition to Prevent Child Abuse and Exploitation called for the creation of a stable funding stream dedicated to preventing child sexual abuse and exploitation. The group asked for that funding to equal at least one percent of the millions currently spent on “after-the-fact” responses like sex registries and civil commitment. As far as I know, the group is still waiting for a response. Mr. Greenburg’s pledge would surely be a healthy beginning toward that.

A second real possibility is using the money to help establish a Circles of Support and Accountability program in New York. First begun in Canada in 1994 in the Mennonite community, these programs have gained great credibility in England and in parts of the United States. The most recent success story comes from Vermont, where preliminary results of a Circles program begun there in 2005 is seeing a reduction of 86% in the recidivism of convicted sex offenders.

While the Circles programs are invaluable in aiding the rehabilitation and reentry of former offenders, which also serves public safety, to actually make inroads against child sexual abuse requires addressing the problem where it is occurring.

The research is very clear on this subject. First time offenders, not those already registered for a previous offense, commit the vast majority of all sexual crime. This is even truer for the sexual abuse of children and minors. Except for a tiny percentage – and an even more minute percentage are repeat offenders -- they are victimized by those in their lives, i.e., their family members, their peers, and their authority figures. Any attempts to effect a change in this scenario with a focus on those who have already committed offenses will fail; indeed, it is failing every day.

Dedicated and comprehensive programs of education and prevention are a large part of the answer. A bill called Erin’s Law is one such program that holds promise. Begun by a young woman, Erin Merryn, who, like Mr. Greenburg, was sexually abused as a child, the bill requires an age appropriate curriculum in public schools for both faculty and students. Its focus is recognizing child sexual abuse and the appropriate measures to be taken. It has already been adopted in 26 states.

Other valuable programs, such as Stop It Now and SAEN – Sexual Abuse Ends Now -- focus on utilizing what research and science tell us about sexual offending to confront the problem of child sexual abuse.

Mr. Greenburg’s many dollars would almost certainly be welcomed by any of these programs and would certainly meet his goal of helping child sexual assault victims and preventing new ones.

What will not help is his intended campaign against legislators in New York who are questioning the efficacy of harsher and stricter laws and punishments against those who commit sexual offenses. Recent years have seen ever-increasing harshness in penalties and sentencing. Children are still being molested. While sentences appropriate to the crime committed are necessary, we should not fool ourselves. These do very little to deter the continuing sexual abuse of children committed overwhelmingly by those never arrested or charged with a sex crime.

Like Mr. Greenburg, all decent people want an end to the sexual abuse of children. To attain that goal, we must focus on the children and the situations in which they are being abused.

Why the public sex offender registry?

We had Untouchable. And now we have Pervert Park. These films are important. They are heartbreaking and poignant and very, very worthwhile. They open doors to conversations and to realizations and to minds.

But they are not the reality of most of America’s registered citizens.

Once no longer on community supervision, many registrants are in places where there are no restrictions on where they live. They live in mobile home parks and apartments and houses just like their neighbors. Many have children and are raising their families just like their neighbors. Were it not for their listing on a public sex offender registry and the fallout from that, their neighbors would not know they bore the distinctive title of “sex offender.” Many do deal with extensive fallout from the public registry listing. Many have gone through turmoil to get where they are. But they are there.

For those who live under the burden of residency restrictions, finding a home is more challenging, more difficult, and probably less conveniently located to needed services and things like schools for their children. However, most of them manage, and they too raise their families and live their lives much like their neighbors – except for everyone knowing that it is a “sex offender” house or apartment or mobile home and the rest of the consequences – the fallout -- of being listed publicly as a sex criminal.

Just as with all Americans, the standard of living tends to be higher commensurate with the level of education attained. Many are finding that going into business for oneself eliminates many of the barriers to earning a decent living.

And some, just like their neighbors, regardless of their circumstances, cannot and do not deal with it. They are broken and destroyed. They end their lives.

For a few registrants, in a few places, life is unimaginable, and stories, documentaries, and even fictionalized accounts put a public face on the private horrors that to these registered citizens are their lives.

But for most, once the sentence is served completely, the only thing setting them apart from their neighbors, from the other members of their community, is the public sex offender registry – and the fallout from it. Were there no public listing, they would be the same people, continuing to live their lives in their communities, just like everybody else.

And so once again, the question must be asked.

The public sex offender registry -- what purpose does it serve?

I thought I was through writing about this transgender/bathroom issue when I wrote “Is Target’s bathroom policy an open door to sex offenders?” I’m really sick of the whole silly thing. The expression “tempest in a teapot” surely was penned for situations such as this. However, two recurring themes in pieces written on the issue are driving me to the keyboard again. 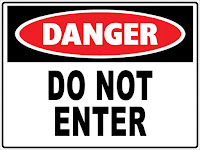 One is the identification of many who are protesting the loudest about the matter as “devout Christians” or “fundamentalist Christians.” I myself am a devout Christian, by some standards meeting the criteria for the fundamentalist label, and I am almost embarrassed to admit it in light of the ignorance, vitriol, and downright silliness displayed by these protesters.

My strongest ire, however, centers around statements such as this one from – what else – the Christian Post:

“…with one of the protesters, a mother of four, warning that there are as many as 209 registered sex offenders within a 5 mile radius of that particular [Target] store. ‘With Target's new policy, it's unverifiable. You cannot verify a person's intent, so these sexual predators will use these policies to gain access into the women's restroom, making it a dangerous place for women and children,’ said Carrie Peterson.”

Where do I begin? I guess first with this woman’s belief that all on the registry -- regardless of the offense committed, discounting that a few of them were wrongly accused and convicted, ignoring that the vast majority have been in the community, many for years, without committing a second sexual offense – are predators.

This is one of the most insidious dangers of the public registry. The mere presence of a name on it cries to the public, “Watch out; I am a menace; I will do you harm!” when very, very seldom is that accurate.

And as ignorant and as lacking in any evidence whatsoever is her assumption that registrants will put on dresses, wigs, lipstick, and heels and infiltrate women’s public toilets in order to molest those in there.

We all want to keep children safe, but there is no evidence whatsoever that trans people pose any sexual harm to children or that registered citizens dress up as the opposite sex in order to commit crimes in public bathrooms. Children are far, far more likely to be molested by those close to them in their everyday lives and in their own homes or other places they regularly frequent than by anyone they don’t know, regardless of their gender identity, in a public place.

So if you feel compelled by God to protest this or similar bathroom policies, please make it clear that you do not speak for all persons of faith, and for crying out loud, do a little research and learn a few facts.