Sex Offenders and Halloween--will it ever stop?

What do these four headlines have in common? 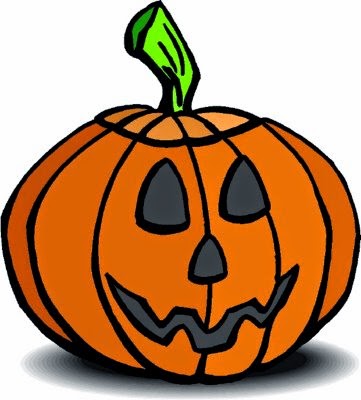 "Sex Offenders in Colorado Can Open Doors on Halloween" (sub-text: and we've got to put a stop to that)

"Police out in force for Halloween; extra eye on sex offenders in Effingham"

Not a very hard question, is it? These are headlines of just four of a multitude of articles that appeared in online and print media in the four weeks before Halloween. Multitude? Yes...multitude. I captured 50 separate articles, coming from 22 separate states. Those are the ones that crossed my desk in the regular course of my work. When I did an actual search, they are less than half the number that one search brought up.

The states that seem to have put forth the most are, like the first one above, from states that have no restrictions in place for registrants on Halloween. One assumes that someone did his or her homework and knows this is a non-problem and no laws are needed. Not satisfied with that, enterprising law enforcement and journalists took it as a challenge and issued warnings left and right about the danger of those on the registry on this night above all. They cautioned every parent to check the registry carefully before letting the kids go trick or treating. Two of those states now have legislators considering bills that will bring their states in line with the ones that have restrictions. And so it spreads, like a fungus or a cancer.

Additionally, after Halloween a plethora of new articles appeared, all with the same theme: "We did it! We protected your children on Halloween from the big, bad sex offenders. No children were molested by anyone on the registry!" Well guess what, California and Florida? Guess what, Nevada? None were molested in Alabama or Kansas, or any of the other states that have no state laws and very few or no jurisdictional ones that affect registrants on Halloween. None were molested anywhere by anyone on the registry while trick or treating--ever, as far as research has been able to determine.

But this is not what the public thinks. How could they when headlines and TV anchors shout at them for weeks about the necessity to take extra precautions on Halloween against "sex offenders"? This was made clear when, in response to an article titled, "Operation Scarecrow helped keep sex offenders away from kids on Halloween," I commented:


"Kept kids safe from sexual predators"--that is such a joke. I don't imagine any kids were attacked by hyenas either, so you might as well take credit for that also. I admit to that being a bit of hyperbole, but the fact is that children are at ZERO increased risk for sexual crime on 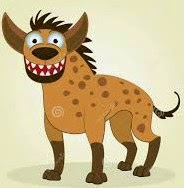 Halloween, and all of the law enforcement hype and political hype across the nation is just that--hype that has nothing to do with actually protecting children and much to do with making the public think so. There is no record of a child being molested by a registrant while trick or treating--ever. Now, if increased patrol cars and even foot patrols were out and visible, you may have had an impact on traffic safety and thus have saved a child from being hit by a car. That is what children are at increased risk for on Halloween, and six were killed this year trick or treating. We need facts and truth in laws, in law-enforcement, and in journalism.

I was immediately challenged by a well-meaning reader who wrote:


"the fact is that children are at ZERO increased risk for sexual crime on Halloween" Really, Shelly? And where did you obtain that fact from? From your extensive...several minutes worth of...thinking about the issue? Kudos to the officers for looking out for the kids. I'm glad they take the issue more seriously than Shelly does.

To his credit, when I nicely replied and gave an excellent research source as my evidence, he apologized and complimented me on my response. He is a rare, rare exception.

When did this start? I remember many articles last year, and the year before that, and....? Time out for research.

I searched "Halloween restrictions for sex offenders." I used the time frame of September 1 through November 15. I started at 2000 and came forward. I looked at every single entry. I did not look at any actual articles. If the entry did not clearly link danger from registered sex offenders with Halloween, I did not count it. Early on and continuing forward, the entries include reports of courts overturning or disallowing these restrictions. Frankly, I was surprised there were so many. Everyone needs to go to court over this. The entries also include material from advocates, experts, and research debunking the entire premise and the laws that are useless because there is no problem for them to address. This is by no means a "real" piece of research, but these are my results:


With very few exceptions, the pattern is clear--an increase every year. I do not expect a decrease for next year, but maybe more will be announcing the overturning of some of these laws. The evidence is clear and compelling that they are laws that have no purpose and no merit.
Posted by shelly at 1:14 PM