SEX OFFENDERS should not be allowed to purchase lottery tickets; they just might win

If proof were ever needed that an individual, once listed on a sex offender registry, no matter for what offense nor how long ago, is forever more thereafter considered unworthy of anything good ever happening in his life, this is it.

A registrant in Florida won a three million dollar scratch-off lottery, and the wrath of every hater in the United States and then some was raised beyond the boiling point. 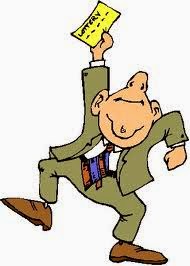 Now granted, Timothy Poole is no poster boy for righteous living. He has a somewhat extensive record for other types of crimes committed before he was convicted of a sex offense. But it is not because of his larceny nor any of the other crimes that the hue and cry is heard from coast to coast that he should, by any means possible, be denied his winnings. It is because he is a SEX OFFENDER.

Florida has no prohibition against any convicted felon profiting from lottery winnings, not even SEX OFFENDERS. I am currently making book that Florida's next legislative session will see a bill introduced that will do just that. The only uncertainty is whether the proposed legislation will target those with any felony conviction or will focus only on SEX OFFENDERS.

Mr. Poole, since his release from prison in 2006, has maintained a record as spotless as the proverbial driven snow. He works for the family business, a taxi company, and he plans to use the money to help his mother and improve the business. None of that quashed the flood of outrage or deterred the cesspool of nasty headlines, articles, and commentary as to why he should not receive the money and how inherently wrong it is for him to have won it to begin with.

Among the more colorful headlines are, "Who’s winning big in state lotteries? Sex offenders," "People Left Wondering About Justice When Child Molester in Florida Hits the $3 Million Jackpot," "Sex Offender Wins Millions in Florida Lottery Proving Karma Really Isn’t a Bitch," and my personal favorite, "Convicted pedophile Timothy Poole wins $2.2 million in Florida Lottery." The language in the articles does not fall short of living up to the venom suggested by the titles. Mr. Poole is a large man, over 400 pounds, and one of the articles calls him "This fat 450-pound goblin..." And since pedophilia is a medical/psychological condition and not a chargeable crime, one cannot help but wonder how that particular writer can justify his word choice.

These reactions, seeping with vitriol, are not unexpected but nevertheless highly disturbing. If one who has committed any of the myriad of offenses that trigger registration is never, ever, hell no, to move past that to a point in life where good things can happen, where happiness is allowed, what does that say about our professed commitment to rehabilitation? How does that square with the volumes of research telling us that community reintegration of former offenders is the greatest assurance of enhanced public safety?

And does that mean that we, the public, the haters, those who would wrest Mr. Poole's winnings from his hands, are deliberately sacrificing that safety so that we can doggedly hang on to our refusal to believe that people can change?
Posted by shelly at 2:25 PM