UPDATE: After this was sent to the publisher and editor, and after W.A.R. contacted them, I received an email yesterday -- 23rd -- saying the rebuttal would run "later this week." Today, the 24th, they ran a reiteration of their position. That means that this one should see print tomorrow, the 25th, or Saturday the 26th. Watch this spot for updates.

A May 13 editorial in the Longview, WA News Online proclaimed, "Laws Help Keep Children Safe." The editorial was essentially an expression of outrage that the organization W.A.R. -- and by extension all such-minded advocacy organizations-- even existed. "It takes a moment to digest that such a group exists...." Apparently the news outlet had received a brochure and some factual information from W.A.R. after a vigilante incident occurred in Longview.

The editorial angered me as it included several references that are blatantly untrue. I wrote the online editor inquiring whether she would consider for publication a rebuttal piece that I had started working on. By the time she responded that I could send it to her, I had finished it and immediately did so as this was a time-sensitive issue. That was over a week ago. Two separate inquiries to her as to whether 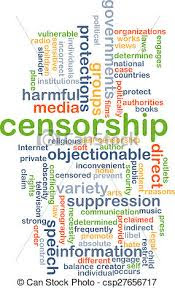 she had made a decision yet went unacknowledged.

A week is enough time to decide to print or not print submitted material. Besides, I have experienced this too many times to count: journalism, which once long, long ago in a place far, far away, would almost always respond favorably to a request for "equal time," no longer feels the necessity to do that.

And so I print it here, and I will send a link to the publisher and online editor of the Daily News.

The organization you criticize, WAR, or Women Against Registry, is one of several organizations that advocate for laws that do just that -- keep children safe. Another is SOSEN, Sex Offender Solutions and Education Network. And yet another is RSOL, Reform Sex Offender Laws, Inc. These organizations agree with what research studies show: laws that keep children -- and indeed everyone -- safe must, in order to do that, be based on facts and empirical evidence.

The public registry system is not based on empirical evidence, and, in your defense of it, you say that the murder of Adam Walsh is "not uncommon." Actually, it is very rare. Whether or not Adam's kidnapping and subsequent murder were sexually motivated will never be known, but it was a heinous crime as was the murder of Megan Kanka and another handful of horrific child murders at the hands of murderers.

Your statement that WAR grew out of murders such as these is untrue. WAR, SOSEN, and RSOL grew out of a realization, based on research, that public registration of those who had previously committed a sexual offense -- not murdered, not decapitated, but committed an offense ranging from the trivial to the serious -- actually was not deterring sexual crimes against children at all. It was in some cases increasing the risk for re-offense, and it was and is creating conditions that seriously interfere with mandated rehabilitative efforts.

It was and does negatively impact the lives of family members, especially the children of registrants. This is well documented through research studies.

According to yet another study, "These policies have led to multiple collateral consequences, creating an ominous environment that inhibits successful reintegration and may contribute to an increasing risk for recidivism. In fact, evidence on the effectiveness of these laws suggests that they may not prevent recidivism or sexual violence and result in more harm than good."

Reform organizations do not defend the actions that have triggered registration, and we recognize appropriate punishment as desirable and necessary, but it is difficult to claim that, in all cases, the children suffer through the actions of the registrant family members rather than the effects of public registration. Many situations exist where the offense was committed when the registrant was a child or juvenile himself. A number of cases involve premarital sex where the offender and "victim" later married and had a family, yet the offender remains on a public registry, often for life, and his children suffer greatly due to it. This continuation of punishment long after a sentence has been completed is but another form of vengeance and amounts to legalized, governmental vigilante action, exacting punishment far beyond what the courts assessed.

The impotency of the public registry to deter re-offense and to protect children is well documented also. Dr. Bill O'Leary is a forensic psychologist and longtime critic of  public notification and tracking. He notes, "95 percent of sexual abuse occurs between a victim and a known acquaintance, not a stranger living down the street. One of the most unethical pieces of the situation has been saying that we need to do this to prevent sexual abuse when we know statistically that this has nothing to do with preventing sexual abuse.”

According to the United States Department of Justice, from 1992 to 2010 there was a steep decline in all major crime. There is no evidence that a decrease in sexual crime is due to our current policies, and that theory is actually negated by research.

Many people and organizations advocate every day for policies that will keep children safe, but we know that until the focus is put on the victims and the actual facts about child sexual abuse, that is highly unlikely to occur.