What's "unusual" is removal from the sex offender registry


Kaitlin Durbin has written a touching story about a young man, David, who has been on the Colorado sex offender registry for over a decade for consensual teenage sex with his girlfriend. She tells, briefly, some of the difficulties that public registration posed for him in his attempts to live a normal life, and she shares his relief and joy that he has now successfully been removed. 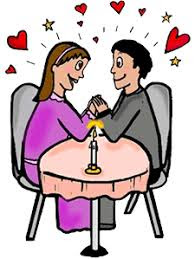 The title given the piece -- and writers and journalists seldom select their own titles -- is "Colorado Springs man removed from sex offender registry in 'unusual' case." Several times in the article the fact that this case was so rare was referenced. The attorney spoke of the case as having no precedent.

From what I could tell -- and my legal acumen is somewhere down there with what I know about building rocket ships -- the only thing "unusual" is the fact that he was actually removed.

Young men being on the sex offender registry for consensual sexual involvement with a partner under the age of consent is quite common. David was 17 and his girlfriend turned 14 during their relationship.

Young men being on the registry for a decade, over a decade, and in some states for life, for such activity is common. Young men having their futures ruined due to such registration is common.

Often couples such as this remain together in a committed relationship or marry. One such couple in Texas has also had their share of media attention. In spite of marrying and raising a family, he will be on the Texas public sex offender registry for life for "sexual assault of a child." He was a high school senior and football star; she was a sophomore and a cheerleader when they started dating. Many years later, he couldn't coach his girls' soccer games. He couldn't take his family on an out-of-state vacation without the permission of law enforcement.

These two couples are representative of countless thousands. No one "wants" teenagers to have sex, but turning them into criminals because they do and making it difficult for them to go to college, be hired at meaningful employment, and exercise the rights of the productive citizens that they most likely would otherwise be is, of all possible "punishments," the most extreme and least productive imaginable.

And that needs to change.
Posted by shelly at 7:01 AM